PurpleWeather was a nice weather app for iOS, available on the App Store until August 2016. It featured a nice and unusual design, and a simple approach to the presentation of weather data. The most useful feature in PurpleWeather was the precipitation graph, which could be used to instantaneously understand whether or not it rain is expected in your area.

PurpleWeather was one of the first weather apps for iOS to offer a totally flat design user interface, and when it came out it had a huge success for this very reason. It reached the first positions in the App Store of more than seven countries, and was featured on many important Apple-related websites in Italy, where I was living at that time, like Macitynet.

I totally rewrote the app in November 2015, after buying an iPhone 6S. Indeed, the original version didn’t work on iOS 9. The rewriting brought many differences, including a different source for the weather data (from OpenWeatherMap to Forecast.io) and a total graphics overhaul.

PurpleWeather was succeeded by Rainy. 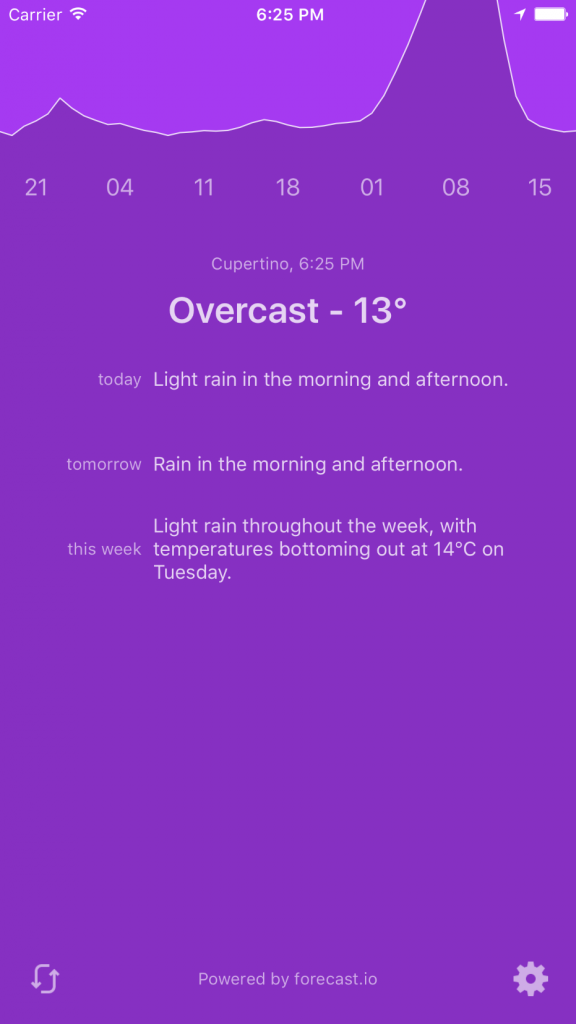